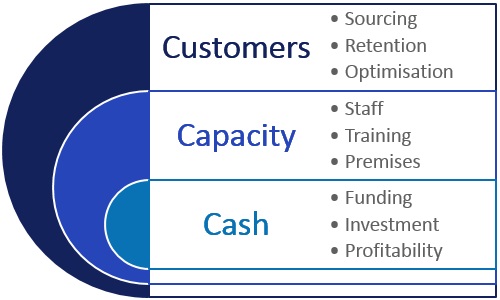 GET Consultants looks at why the manufacturing and technical sectors in the UK have capacity for growth, and what these business types can do to offset any risks to their future survival. He also looks at how we might rebalance the economy to unlock the potential of some of the fastest growing smaller companies in the UK.

The 2016 Coast to Capital report identified that there are specific barriers that are concerning for the scale-up and growth of UK medium sized businesses in two key sectors.

Growth potential is around products, particularly technical innovation, ‘big data’, and increased interconnectivity that can create new products and services, both to consumers and in the supply chain. The second key area for growth is skills where increasing technology and creative expertise in technical and managerial positions are required, and they are increasingly merging. These skills are needed to drive the innovations that will create future new opportunities, and to exploit these opportunities and, in turn, manage business operations more effectively.

Globalisation is one of the key drivers for this sector, with increasing competition from countries such as China and Brazil as they move up the value chain and more research and development is conducted internationally. It is also increasing opportunities for companies to outsource their production, which in turn is increasing demand for supply chain management skills.

There are 3,400 Advanced Manufacturing and Engineering businesses in the Coast to Capital region, accounting for 4.4% of total businesses. This sector accounts for 4.3% of employment, around 33,000 people, with 12% growth in AME businesses between 2010 and 2014, around 2% slower than in the South East.

Every medium sized business sector needs a strategy for growth. Both of these two critical UK business sectors have scope to survive and thrive in a global economy, but having a strategic plan to do this has become essential.

Staff skills, both recruitment and training, have become critical, especially in areas like new technology. But business strategy for growth is paramount too. A good business strategy needs to have a clear focus and need not even be that big, just have the key detail of how you are going to forge your own future in the next five years. 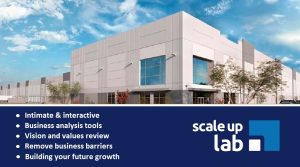 GET Consultants looks at the prospects for High Growth Small Businesses (HGSBs) and what might happen at Brexit point, barriers for growth for HGSBs, and what these businesses can do to offset risks to their future survival.

There’s a commonly held maxim that only one in five small businesses set up in Britain will survive five years, but the truth is a lot more complicated than that. It really does depend on how big you are already, what sector you’re operating in, where in the UK you are doing business and the plans you have to survive, transform and grow.

Octopus has produced three HGSB reports over the last few years, highlighting the importance of these businesses to the UK economy. HGSBs have more than 20% annual average growth over a three-year period and an annual turnover of between £1 million and £20 million. Whilst they make up less than 4% of the UK’s total GVA (Gross Value Added), HGSBs made a far more significant contribution, accounting for 22% of Britain’s overall growth between 2005 and 2006.

HGSB contribution to the UK economy:

What will Brexit mean for HGSBs?

There is a constant battle for a share of consumer revenue and profit from HGSB companies that deliver products and services, with the evolution of new technology changing the business landscape ever faster. Whilst business finance, trade deals, skilled labour and resources are the fighting ground of European and global politicians, they are also the lifeblood of most businesses which require access to all of these to grow and transform for future success.

The biggest challenge post Brexit is likely to be a skills shortage. Almost two thirds of HGSBs surveyed by Octopus consider finding talent and skills shortages to be an important or very important constraint on their business growth.

41% of HGSBs surveyed also consider skills shortages to be the policy area where UK Government action could make the biggest difference for their businesses. 90% of HGSBs say that they face some form of skills shortages. This is even more remarkable when placed in the context of the UK average of just 17% of companies that say they have a skills gaps or skill shortages vacancies. This means that, whatever deal the government delivers for the UK outside of the EU, sufficient skills and resources for continued growth will be paramount.

Barriers to growth – the need for change in business thinking

The 2016 Coast to Capital report, on businesses in the triangle from Chichester to Newhaven to Croydon, identified specific barriers that are concerning for the scale-up and growth of UK medium sized businesses in key sectors.

Based on the 2018 Octopus report one in three of HGSB companies there are also growth barriers outside of Brexit, customers, capacity and finance, issues that are specifically related to infrastructure of a range of types.

Every medium sized business needs a strategy for growth. Simply subsisting is no longer an option – just look at what is happening to the UK high street as consumers move to even more online purchasing.

Every business owner owes their staff the time and energy and focus to work out how they can best grow, thrive and survive. And that means sometimes getting out of the day-to-day office environment and regular comfort zone and confronting some of the toughest challenges that face British business – future skills, effective use of technology, new customers and finance.